For small deployments (say a handful of brokers) and development environments, using CLI and PubSub+ Broker Manager is sufficient. As the size of the Solace deployment grows, however, there are many scenarios in which customers would want to automate the process of creating and managing the configuration of Solace brokers. For example:

Since SEMP provides a RESTful API, it can be integrated with virtually any DevOps tool in the market – such as Ansible, Chef, Puppet, and Salt. For a nice introduction to the SEMP Management API, check out this blog, as well as the SEMP tutorials home page.

A few years back, I created a GitHub project on how to use Ansible to automate Solace deployments for integrating Solace with CI/CD pipelines. Since the project has been used frequently in the field as well as by many of our customers, I’d like to share more detail on how the Ansible playbooks work and how you can use as well as extend them for automating your Solace configuration.

Ansible is an open source tool for automating tasks such as application deployment, IT service orchestration, cloud provisioning, and many more. Ansible is easy to deploy, does not use any agents, and has a simple learning curve. Ansible uses “playbooks” to describe its automation jobs, known as “tasks”. Ansible playbooks and tasks are described using YAML, making them easy to read, understand, and extend. Here is a quick background of the concepts in Ansible before we dive into how it can be used with Solace.

Configuration tasks using Ansible are laid out using playbooks – they can be used to manage configuration and deployment to remote machines.  “Playbooks” are composed of “plays”, with each play defining the configuration work to be performed against a managed server. Within each play, you can define “tasks” – each task is a set of actions and instructions for configuration management, and these will be executed against a set of hosts.

By composing a playbook as a set of plays, it is possible to orchestrate deployment of Solace configuration across a single or multiple Solace event brokers, running certain steps on one set of brokers, and all steps on others, as required.

Roles, in Ansible, provide a method for breaking down a complex playbook into simple manageable components – each component is composed of a collection of tasks, variables, files, templates, and modules.

Ansible comes with a number of in-built “modules” – each module can be directly executed on a remote system to perform common operations, such as copying files, starting and stopping services, running Unix commands, managing EC2 instances, and so on.  When writing Ansible plays, we can make use of these modules to perform common operational tasks. In this sample, the Ansible URI module is used to interact with Solace brokers by calling the SEMP API.

If the objects already exist, this is indicated in the playbook run’s output. It is not treated as a failure of the Ansible task, and the playbook execution continues to the next task. Object properties can be specified in a configuration file.

The details of the various configuration objects, such as their name and properties, are specified in the file vars/solace-env.yml. Here’s a snippet from this file showing example configuration for a message-vpn to be created:

All the variables for the environment to be created are specified in this file. This includes:

The Ansible playbook is broken down into roles – with one role for creating each configuration object:

These roles can be found in the directory “roles”. Each of the roles contains a set of tasks, for performing the configuration operation appropriate to that role.  Let’s look at tasks for creating a message-vpn, in roles/create-vpn/tasks/main.yml:

Three tasks are defined for each configuration object:

In order to ensure that the SEMP request body is composed dynamically from the variables specified, in the format required for the POST operation, the sample makes use of Jinja2 templating. The template JSON body for each of the different SEMP operations is defined in the directory templates/. The first task in the task-set is to load the appropriate template, replace the variables in the template, and create the SEMP request body under the files/ directory.

Once the SEMP request body is created, it is executed using the Ansible URI module and output is checked in the following tasks.

The Ansible inventory contains the details of the hosts against which the playbooks are to be run – in our case, these are Solace brokers we want to create configurations in and appropriate management user details for access.

Running the Ansible playbook for Solace:

Checking Out and Building

To check out the project and build it, do the following:

In order to run the Ansible playbook, use:
ansible-playbook create-solace-vpn.yml -i inventory.ini

In this blog post, I have provided a quick overview of how you can use Ansible to automate common configuration management tasks using Solace’s SEMP API. You can use this sample as a starting point for your CI/CD automation, extending as necessary for your use case.

After the CI automation using Ansible, I also provide details of how you can integrate Ansible with a Jenkins job for end-to-end pipeline automation. Refer to the GitHub project documentation for more details on how you can set this up.

Please feel free to leave me any comments regarding this example, or leave comments for the entire community to get involved in. If you have any issues, check the Solace community for answers to common issues seen. 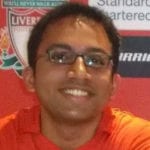 Shrikanth is a former Solace employee who had been working with the Solace Professional Services Group since 2013, delivering consulting services to Solace’s global customer base. During his career with Solace, he accelerated customer adoption of the Solace platform by providing architecture and design services, developing bespoke applications, and delivering training and mentoring services.
Shrikanth holds a Master’s degree in computer engineering from the National University of Singapore and a Bachelors’ degree in electronics engineering from SRM University in India.