I recently attended the AWS Summit located in New York’s Javits Center with some of my colleagues. This was a one-day event made up of 175 sessions, 130 sponsoring companies, and over 13,500 attendees. I had the opportunity to listen to the keynote (see video analysis from theCUBE below) and to speak with various attendees that stopped by our booth. In both of these efforts, a couple of key themes emerged.

The importance of microservices

One of the first main themes Dr. Werner Vogels covered in his keynote was Amazon’s massive evolution from monolithic applications in 2000 to microservices in 2004. As an example, he explained how S3’s architecture had blown through eight microservices in the first month to evolve into what is now 235+ distributed microservices. He looked at how a monolith development lifecycle is unscalable and prevents developers from executing at the fastest speed possible (and of course speed of execution is crucial to innovation). Dr. Vogels emphasized the use of containers, instances, and Lambda to shift focus from infrastructure to application development. He also suggested five best practices that can help to achieve peak security, reliability, performance, and scale:

As he explained, developers are religious about the methods and tools they use to execute. I noticed this in my conversations at the booth as well. After speaking with developers from a range of verticals, I learned that in the saturated market of tools, Solace’s PubSub+ is one they trust. We heard directly from developers that they use PubSub+ in the cloud and on-prem environments to link applications, devices and microservices across hybrid cloud systems, and to migrate applications at will. This leads directly to a second core theme of the conference.

Dr. Vogels drove home the importance of applications communicating with one another. With countless combinations of components, the need to reliably manage communication between them is essential.

AWS announced EventBridge during this keynote, which enables AWS users to integrate their AWS applications with SaaS applications using an asynchronous, event-based model that is fast, clean, and easy to use. You might be wondering (because a few attendees asked) what the difference is between EventBridge and PubSub+ capabilities. Well, the event mesh you can create with PubSub+ is able to scale your entire application ecosystem, including microservices, SaaS, cloud services, legacy apps, mobile devices and IoT.

For those attendees less familiar with Solace, the idea of an event mesh sparked much more conversation about varying digital transformation pain points across a wide variety of industries. As the Amazon session emphasized, no matter the business, we all need to innovate with speed and deliver services with scale, flexibility, and reliability. In order to achieve this, Dr. Vogels mentioned how important it is that we leave the choice of how developers create up to them and enable them with tools they can trust. While development is continuously changing, Solace will always adapt to give you what you need to support the continual evolution of application creation and operation.

Get started today (for free!) with Docker or PubSub+ Cloud. 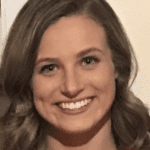 Hannah Sacco was a marketing specialist at Solace.