Here’s a controversial statement: The API community has been so caught up addressing technical challenges that the most important API definition of them all has not yet emerged: a business value API.

But let me step back a moment. As an architect for an event broker company, I spend a lot of time evangelizing, preaching, and droning on about the benefits of decoupling microservices from each other using… well… an event broker. Among its many fine qualities, decoupling aids with performance, error handling, agility and deployment. It’s awesome!

However, when I think about creating a business solution — doing something that creates value — it’s all about coupling things: grabbing an application here, a function as a service (FaaS) there, toss in a couple on-premises microservices, and string them together somehow. In fact, the rise of microservices means that creating repeatable recipes that combine many different technologies and ensuring that they produce consistent outcomes is the reason IT exists. 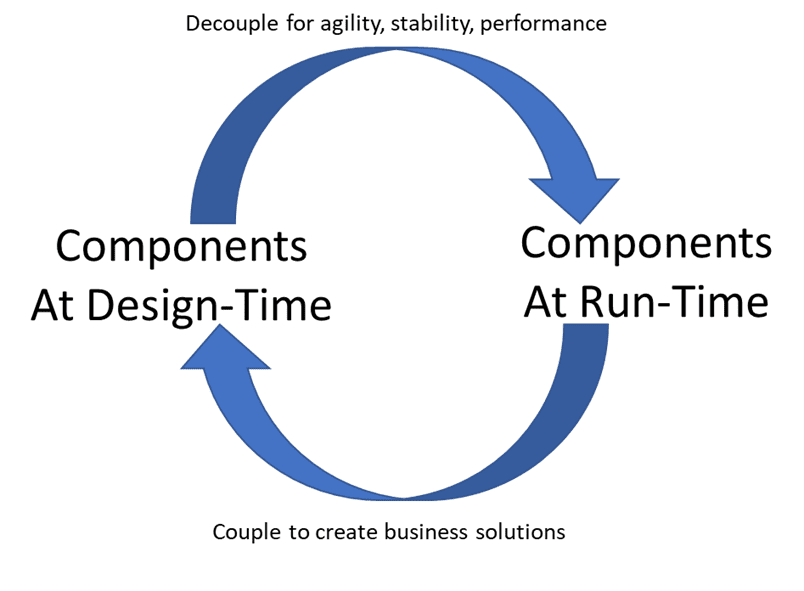 Why do we need an API at the business value layer?

In addition to talking about decoupling constantly, I spend a lot of time thinking about how to best define APIs, especially within the AsyncAPI community. But outside of the minutia of the API world (which is important, too!) the focus immediately turns to the business use case. This has always been true but came through loud and clear in a couple recent situations.

Sussing out the Business Value of EDA with EventStorming

Event-driven architecture (EDA) doesn’t emerge from the ether on its own. There have been multiple attempts to define a methodology for EDA, some written by me.  Recently, one methodology (not mine, sadly) has gained prominence: EventStorming. Alberto Brandolini, EventStorming’s creator, describes it as “a flexible workshop format for collaborative exploration of complex business domains… to design clean and maintainable event-driven software to support rapidly evolving businesses.”

There is an extensive, interesting process including vast numbers of sticky notes and reconfiguring your conference room furniture, but the output of an EventStorming session looks like this:

What do you notice?

Selling EDA with Use Cases that show Business Value

I was recently invited to my first in-person business meeting in two years. It was fantastic: sitting in a hotel ballroom, eating mediocre bagels, shaking actual people’s hands (and sanitizing afterwards). But what I heard repeatedly in response to technical presentations: “This is great, but how do we sell it to the business.”

The answer was: “Find a good business use case and start small.” As an example, a master sales team flashed this slide up on the screen (it really wasn’t Acme Co, I’ve changed up some logos). 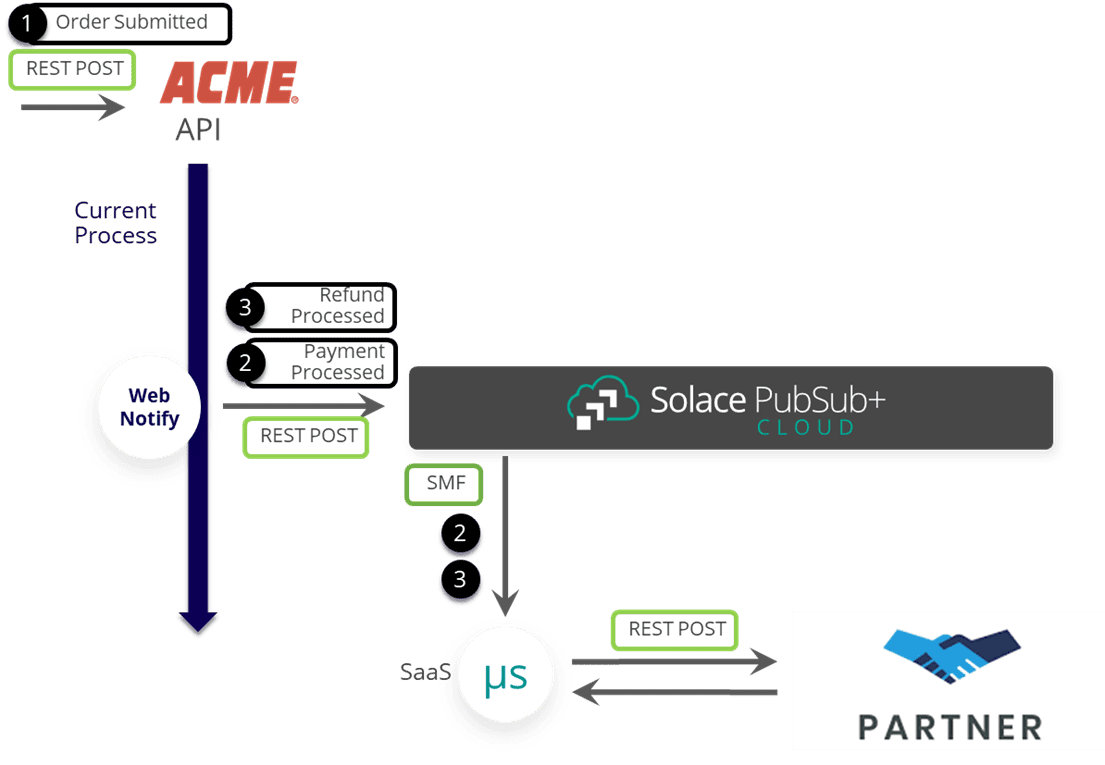 By building out this proof of concept, the sales team proved the benefit of Solace and got the sale.  But first, the team had to document the interactions. What do you notice?

Recognizing, documenting, and implementing those elements was what provided value.

What does business value mean for APIs?

If the business use case is key, it makes sense to envision architectures as separate, but related layers of interaction: business, logical and physical.

The distinction between the layers are the questions that each aims to answer.

Given the importance of the business layer, it makes sense to thoroughly document it. Thinking about past projects, that documentation can take any number of different forms:

But while these solutions work for some teams, none of those solutions allow you to take that business-layer documentation that presumably you’ve spent a lot of time on and leverage it elsewhere.

What Does It Mean to be Event Driven? Open Your Mind and Unlock New Business Value!What is event driven? To transform into an event-driven enterprise and unlock new businss value, consider technology as only one piece of the puzzle.Read Now

What does an API for business value look like?

Standardized, human-readable documentation that can be leverage multiple different ways is the realm of the API. The logical and physical layers have multiple associated API standards:

There has been some progress in the business layer, but the lack of a single, mature standard has hindered enterprises. Without a standard way to document an end-to-end transaction flows, every enterprise must come up with its own non-interoperable solution — leading to things like the “JPEG on a shared drive” approach. And that’s a shame, because a business-layer API and associated tooling could provide real value including:

As I said at the beginning, business layer APIs have seen comparatively less attention than their logical and physical layer peers. There are some signs of life:

With the continued prominence of microservices and the rise of hybrid asynchronous/synchronous solutions, the need for a business-level API will only increase. The open source standards community will undoubtedly rise to meet this challenge, and the resulting opportunities will be remarkable. 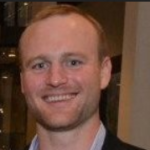