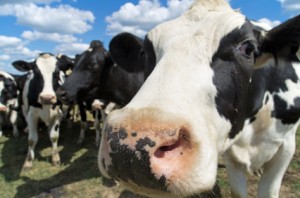 After years of scorn as a major contributor to climate change, cows are having their day in the environmental sun as a solution to the growing demand for data center capacity. HP has published a paper proposing to take tracts of cheap rural land, add a data center, a biofuel plant and a herd of cows, then use the cow manure to generate power to run the data center. According to the report, each 10, 000 cows will produce enough manure to generate one megawatt of power. That’s enough to power a small (8, 000-10, 000 square foot) data center.

And then of course, you could save more money by paying the data center staff in milk and cheese.