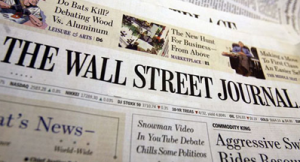 The migration of middleware from software to hardware continues to gather momentum and market recognition, as evidenced today by an article in the Wall Street Journal about how financial services firms are implementing solutions that leverage performance-oriented hardware historically used in gaming and science to squeeze latency out of their trading systems.

Trading firms are transitioning from CPUs to field-programmable gate arrays, or FPGAs, graphics processing units, or GPUs, and cell processors. Such chips cut out the need for sending information across the operating system, and have the ability to run numerous processes in parallel, or simultaneously. CPUs actually have faster raw clockspeeds but can primarily only do one thing at a time, which ultimately slows things down.

“You’re basically sacrificing raw clockspeed for parallelism, ” said Mike Dunne, chief technology officer at Activ Financial, which uses FPGAs in providing market data. “That trade-off was worth making, even though the clock speed’s lower, because we take advantage of the parallelism, as well as the power and the fine-grain memory control. You can get a 10-times or even 24-times increase in your performance.”

Solace was mentioned in the article by recently announced customer Liquidnet.

“We were frankly pushing our legacy systems to their limits, ” said Keith Piraino, head of enterprise architecture at Liquidnet, a block-trading venue that recently announced plans to transition from software to hardware-based middleware from Solace Systems.

“We evaluated 10 different vendors for a solution and learned during this process that things are moving more into hardware, ” he added, citing lower latency, the consistency of that lower latency, and lower costs among the reasons why Liquidnet chose to undergo hardware acceleration.

It’s nice to see one of our customers, and our story, get some recognition in such a respected publication.