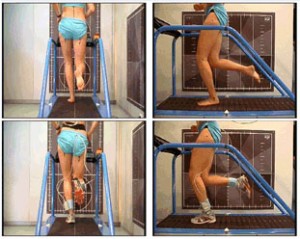 As a running form instructor, I’ve seen many examples of how poor form leads directly to a sore or injured body. Poor alignment causes fatigue. Landing on your heels causes knee pain. And don’t get me started on how most people run up hills. Little inefficiencies don’t stop you in your tracks, but at the end of the day they can keep you from achieving your peak performance.

It’s a lot like having many little sources of latency in your trading system. Each weak link in the process keeps you from reaching optimal performance and profitability.

The best way to help people see what is wrong with their running form is to use video analysis and isolate in on alignment, landing points, hip rotation, arm swing, etc.

Finding and fixing the sources of latency in trading systems takes a keen eye and sophisticated tools, too. Today we announced a partnership with TS-Associates,  (ed: which has since been aquired by Velocimetrics) a leading supplier of latency monitoring solutions. They’ve added support for Solace message routers in their TipOff  product, which is itself a hardware appliance dedicated to non-intrusive latency monitoring. In what may be the logical opposite of slow-motion video analysis, their solution studies end-to-end traffic in your trading environment and gives you details on which components in your system represent opportunities to cut out latency.

We find there are three groups that are hot to trot for this kind of latency monitoring right now.

For any of these groups, the most challenging part of latency monitoring is that the problems vary by scenario and traffic pattern. For example, in a given system a risk check may be the long pole in the tent during a single message lab test, while one of the algo engines may be the bottleneck at typical data rates, and the 1 GigE network links become the choke point during periods of peak traffic.

A product like TS-Associates’ TipOff gives you neatly summarized data so you can understand where to put your attention to support each of these conditions in a production trading environment.

If you’re a runner with sore muscles or joints, get yourself a video camera and some good advice. If you’re a financial institution concerned about latency, check out TipOff. It’s fascinating stuff.