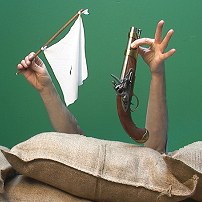 A few short years ago, the buzz around Infiniband for low-latency algorithmic trading was deafening. If you absolutely needed the lowest latency possible, and were willing to write special adapters to special APIs, Infiniband’s eye-popping latency numbers were very appealing when compared with software running over GigaBit Ethernet.

Sure it was expensive and proprietary, and you only had a few vendors to choose from, but if you had to move bits and bytes from place to place as fast as possible in 2006, Infiniband was the bomb. Every serious performance-minded algorithmic trading architect was talking about it. (Although, even then, only a few went beyond playing with it in their labs…)

Today though, Ethernet is on a serious roll and poor Infiniband is under assault from all sides. In the past year, momentum has been growing in the following areas:

Thanks to these increasingly affordable technologies, you can now get performance approximating Infiniband out of Ethernet. This means you don’t have to deal with the considerable downsides of Infiniband, such as:

If that’s not enough, when you take a step back from low-latency financial use cases, Data Center Ethernet is emerging with the right message for the times: “Get rid of the capex and complexity of your parallel LAN, SAN and HPC network and converge everything onto a single uber-fast Ethernet-based inter-connect.”

Finally, there’s around 1, 000 times as much money being poured into Ethernet innovation as there is being spent advancing Infiniband, and obviously a much larger set of solution providers. Many providers and rapid innovation means Ethernet will only get faster and increasingly affordable over time.

That’s why even those performance-minded architects who would soapbox for Infiniband two years ago only bring it up today to see if you agree that Ethernet makes Infiniband irrelevant.