I am a little embarrassed to admit that I have been thinking about the M2M (machine to machine) market all wrong for a couple years now, at least as the term is popularly used. In my mind, M2M was about applications that cooperate on decision making and taking actions without human interaction. You know, machines talking to machines, as in the science fiction world of “the machines are taking over”.

But as I have talked to some of our customers implementing M2M systems, and read more research on the subject, it seems use of the term M2M heavily favors not the applications in play, but the nature of the devices involved and how they communicate. M2M is really a broadening of the old definition of telemetry or telematics where some non-traditional computing device (like a sensor, a car, a vending machine, a SCADA system) connects (often via a wireless network) to a compute farm and sends in some kind of status information. That’s the source of my confusion – clearly the second M in M2M is almost always a server in a datacenter, but to qualify as M2M the other end has to be some kind of remote sensor or other non-server. When applications running on two servers talk to get work done, that’s just computing. If the work the two applications are doing is replacing some prior human process, you could call it automation, but it’s not what the market refers to M2M. Clear as mud right?

I found a great map of the M2M space at Beecham Research that lays out dozens of examples of M2M in different markets (click here to see the interactive version on their site). This helped me get clear on M2M, perhaps it will help others. 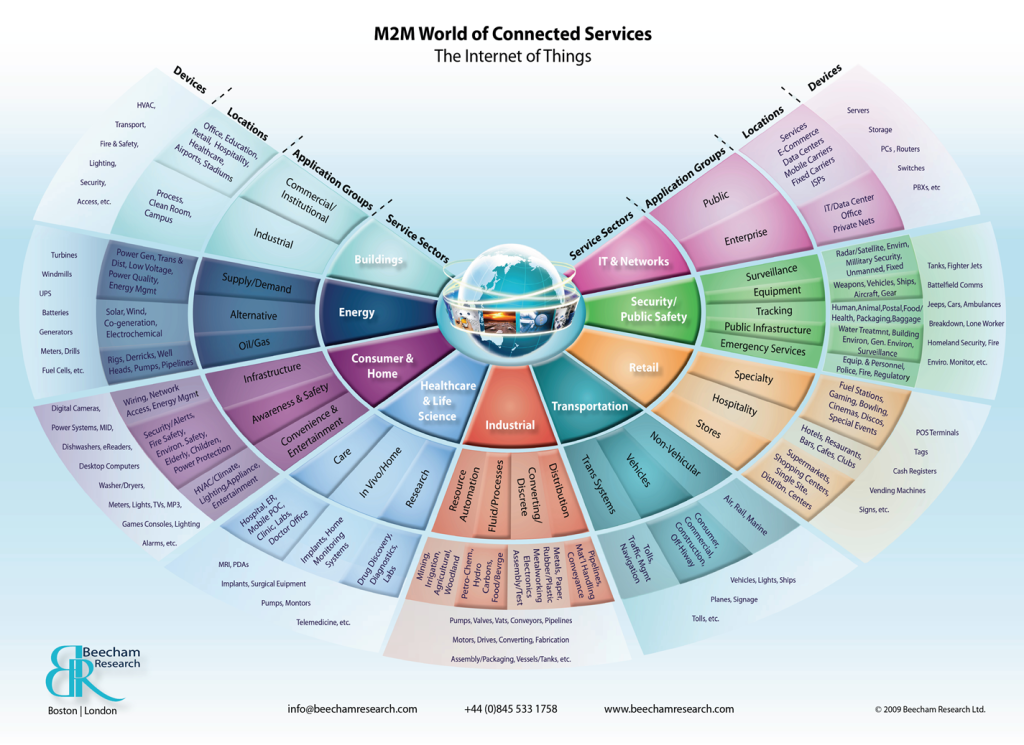