With Solace technology being used more and more alongside open source products, and with open standard protocols, we’ve been hard at work expanding our interoperability with complementary technologies to give our customers maximum choice and help them avoid vendor lock-in. 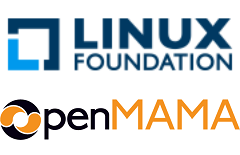 Earlier this year, we announced support for MQTT, an OASIS standard protocol within the Internet of Things, and support for REST as a first class messaging protocol. We’ve also worked with clients to connect Solace with Flume, Spark and Storm as means of  gathering data across the enterprise and making big data more real time.

This week, we were part of two more announcements that highlighting this effort:

The Linux Foundation is the gold standard for promoting open technologies on the ubiquitous Linux operating system, and within financial services OpenMAMA is the most widely supported open source effort that’s rationalizing the maze of market data standards. We’re very pleased to be an active participate in both of these groups and look forward to including, integrating and contributing to these efforts.