Last week the GOTO developer conference was held for the fourth time in Berlin. As one of Europe’s fastest growing tech start-up hubs, Berlin is home to a vibrant community of developers which was well demonstrated by their representation in the speaker line-up and the conversations I had with them.

Solace was there to discuss with developers and architects the topic of real-time data movement across the distributed application and deployment architectures that are typical for most modern IT initiatives. It was encouraging to learn that many attendees were not just familiar with the role of message-oriented middleware, but are actually using it in their own projects. This brought an interesting dynamic to these conversations and enabled us to dig deeper into the challenges and constraints they were facing.

In our booth we demonstrated an IoT use-case using train-based sensors to identify track problems by aggregating readings from all trains in the system and analysing the resulting big data set in the cloud. We had a toy train with track setup at the booth to illustrate the use case. We had configured a Raspberry Pi as an IoT gateway that interacted with the sensors over the Bluetooth Smart protocol. The IoT Gateway connected to the Solace message router via MQTT, that delivered the sensor readings in real-time to the streaming analytics application over a JMS connection. As compact as the demo setup was, it did a good job at illustrating the complexities involved in a typical IoT environment and it was a good starting point for many conversations. We ended up speaking to over 20% of all conference attendees at our booth. 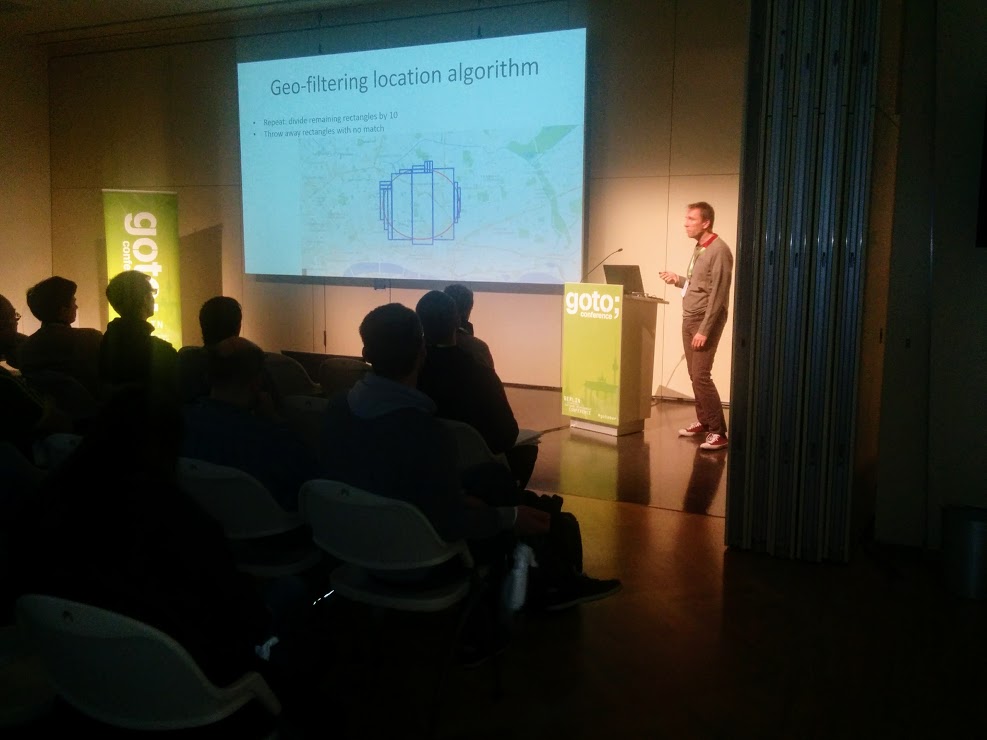 In addition to our booth presence, Solace’s Tom Fairbairn spoke in a well-attended session about topic filtering when exchanging real-time information in distributed systems. The presentation was well received by the audience and many seemed excited to learn how topic dynamism could be used for geo-fencing applications. Using the example of finding the nearest by taxi in real-time to pick up a passenger, Tom demonstrated how this could be achieved with geo-filtering taxi location by just setting up the right subscriptions in a publish/subscribe system.

I enjoyed the energizing atmosphere at the conference and the knowledge exchange between practitioners, and I look forward coming back next year.

Perry is a seasoned systems architect with expertise in distributed systems, event-driven and service-oriented architectures, operational intelligence, and industry solutions in the energy, telecom, high-tech manufacturing and transportation & logistics sectors.