In this post I’ll explain what they are, why to use them, and how to use them. I’ll also describe how a new transaction begins, and the interactions that take place between client applications and the Solace message router. In a future post I’ll demonstrate, using sample code, a client making use of Session Transactions.

What is a Session Transaction?

The Session Transactions feature allows client applications to publish and/or consume a series of messages as one atomic unit. The messages that are published and received in a Transaction are staged on the Solace Message Router.

A transaction must be committed before any message sends or receives are completed.

During a transaction, if for some reason the client is not able to publish or consume all the messages which were part of the atomic unit. The transaction can be cancelled and rolled back (in place of commit) by the client applications. For example, in case of a publishing client, it means none of the messages are delivered to the configured destination, even though some messages may have already reached the Solace Message router (but not delivered to destinations yet). 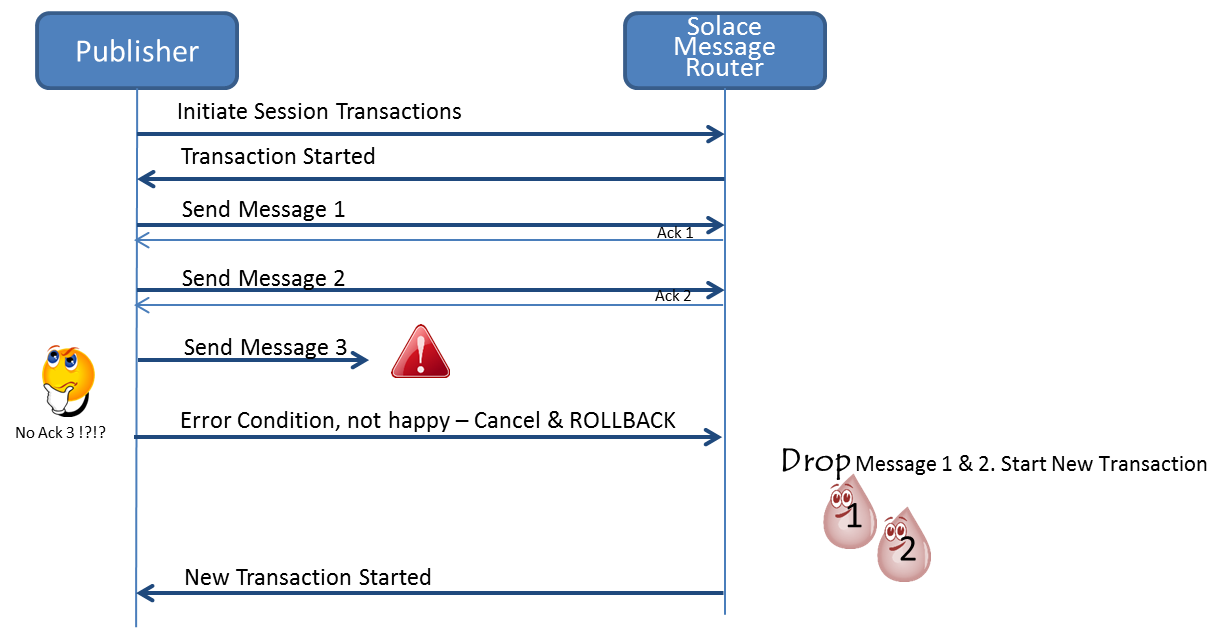 In case of a consuming client, this would mean none of the messages are consumed, even though some may have reached the consumer listener thread (but not acknowledged).

This Session Transactions can only be used with Guaranteed Messages.

When/Why to Use Session Transactions

A transaction enables an application to coordinate a group of messages for production and consumption, satisfying concurrency and atomicity requirements. Concurrency controls guarantee that two users accessing/modifying/acting on the same data will not be able to interfere with each other. As one of the user has to wait until the other user finished processing. Atomicity controls guarantee that all the steps in Transaction are completed successfully as a group. That is, if any step during the Transaction fails, all other steps must fail also. The use of Transactions makes the design of complex systems easier for the programmer. Some of the major benefits one can achieve from it are as follows:

How to Use Session Transactions

To create a transaction for publishing and/or consuming messages, a client application must first create a Transacted Session within a Solace API Session connected to a Solace Message Router. In the Transacted Session just obtained, the client application can establish a producer (or consumer) flow to publish (or receive) messages in a Transaction.

Solace supports creation of one producer flow to publish messages and a maximum of 256 consumer flows to consume messages within a Transacted Session (for details, refer Using Local Transactions in the Solace Messaging APIs Developer Guide).

Publishing guaranteed Messages in a Transaction requires a producer flow that must be established in the Transacted Session. 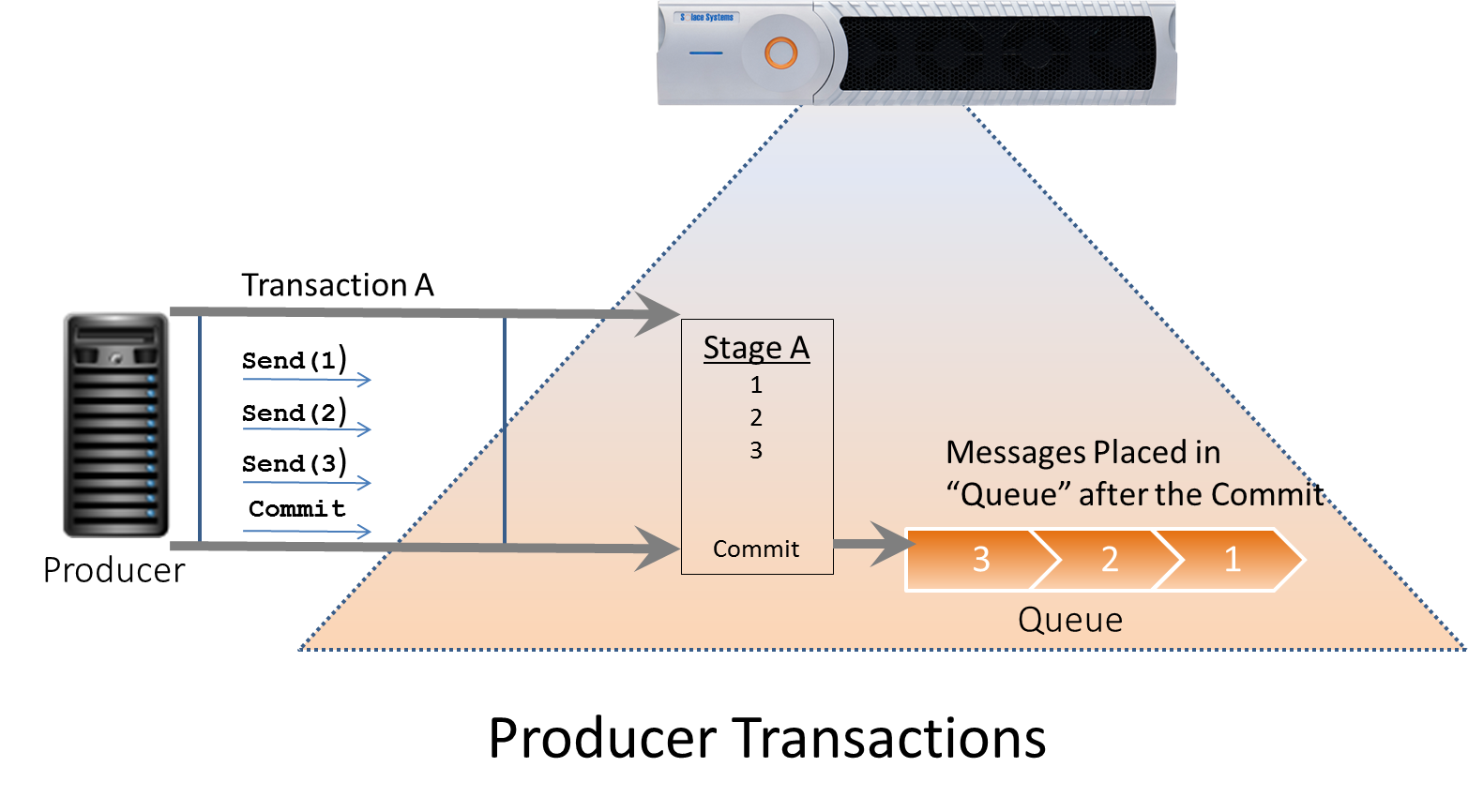 When in the middle of a Transaction i.e. before a commit is made, for the messages which are consumed if the following conditions occur, those messages are still successfully committed. 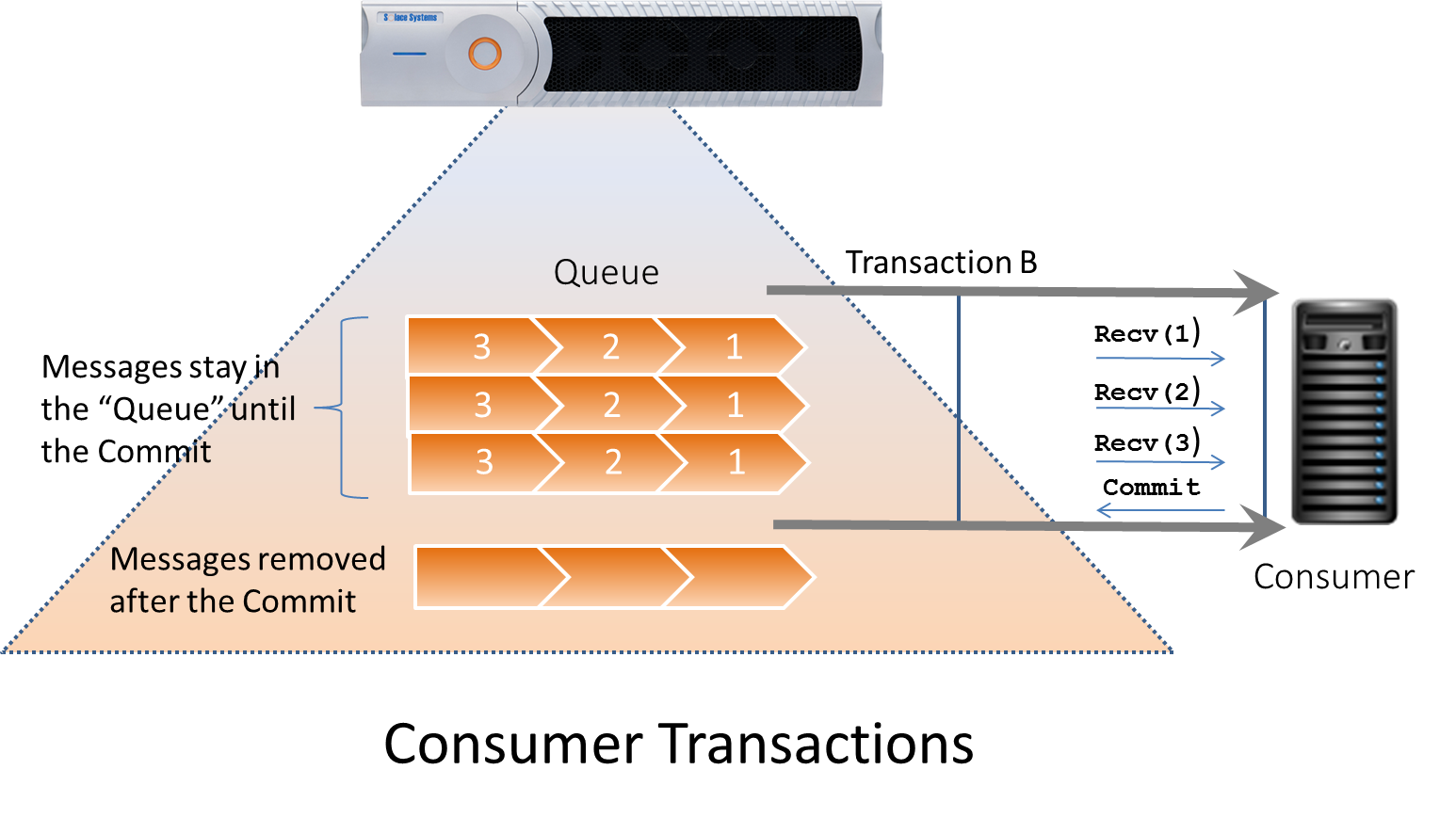 Graceful End to the transaction

Messages published and received on a Transaction are staged on the Solace Message Router. The Transaction can end either of the 2 ways:

A) Completed Thru Commit Operation

When a client application commits the transaction the following subsequent actions are taken at the Solace Message Router:

B) Cancelled thru a Rollback Operation

When a client applications is not satisfied due to an exception on the Transaction or for any other reason.  Instead of completing an active Transaction through a commit, it can rollback the transaction. Under a rollback, following occurs:

Staging information for the Transaction is removed i.e.

How a New Transaction Begins

A New (or Next) Transaction is automatically generated after the end of the previous Transaction either by Commit or Rollback.

Following summarizes some key points to remember about session transactions in Solace.

In this post we have learned about the Session Transaction feature. Covered what is a local transaction, why to use a Session Transaction. We studied transactions in general terms and scenarios where it is most useful. In addition, I listed some important Solace capability and behavioral points. In my next post,  I will provide a sample JMS client (producer and consumer) implementation making use of Session Transactions. 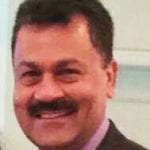 Sanjeev joined Solace in 2012 and currently works as a Senior Architect in Professional Services, managing multiple client projects in the financial industry.

Prior to joining Solace, Sanjeev held various leading roles in the Banking and Telecommunication industry managing, defining and implementing the architecture and design of the next generation applications, with the goal of taking the performance and capacity to the next level. Directed multiple Middleware, SOA and Integration projects with in-depth understanding of challenges in developing high-throughput, low-latency trading systems while meeting the highest standards in resiliency, availability, security and scalability. Sanjeev holds a Master’s degree in Computer Applications from MNNIT, Allahabad and B.Sc. in Computer Science from Delhi University, India.