For architects and developers dealing with distributed systems, one of the best things about messaging middleware is that it can guarantee that every message gets where it needs to be, no matter what.

But sometimes, after successful delivery of those messages, applications crash and databases get corrupted, in which case they can lose information. In other cases, applications don’t get messages they need because their subscriptions weren’t set up right. And sometimes you just want to do an initial load of a data store.

Until now, in situations like these, that data would simply be gone, unless your company had implemented a specialized third-party system that stores messages so you could retrieve them later.

The only alternative was to choose an event-streaming system like Kafka which has replay capabilities, but that entails giving up important features and the advantages of a full-featured message broker.

That’s all changed with the addition of message replay functionality to Solace PubSub+. Message replay lets PubSub+ act like a DVR for enterprise data.

You can play back messages days, weeks or even months after they were initially sent and received, so you can easily recover from misconfiguration issues, bugs and corrupt databases. This also lets you more smoothly add new applications to your system, by testing them with real-world data in non-production environments.

Message replay can be initiated either by the subscribing application using Solace client libraries, or by the administrator. It can be performed for any consumer, no matter what protocol or API they are using (including JMS1.1 and 2.0, AMQP, MQTT, REST/WebHook), and the messages are replayed in their original order, across all topics, with support for wildcard subscriptions on queues and topic endpoints.

Messages can be replayed from a specific time, or from the beginning of the replay log.

The addition of message replay functionality to PubSub+ will help you ensure the stability of your infrastructure, bring new applications to market faster, and eliminate the cost and complexity associated with third-party replay solutions.

Solace is the only vendor to combine all the advantages of long-term data access with the benefits of queuing, as well as other great Solace messaging features including high availability, disaster recovery, and multi-protocol support.

Message replay is currently available in beta. Contact us to learn more about using this feature. 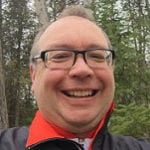