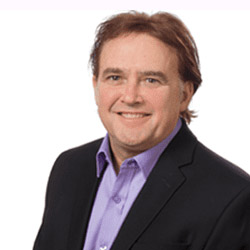 Mr. Wigglesworth is responsible for all of the company’s financial operations and strategic business planning.

From 2000 until joining Solace, Mr. Wigglesworth was with Newbury Ventures, a private equity firm based in the San Francisco Bay Area, as a Senior Managing Director. Prior to Newbury Ventures, Mr. Wigglesworth spent 13 years at Newbridge Networks, the last four as CFO. He was a member of the senior management team from the time he joined the company (when it was pre-revenue), until 2000, at which time he presided over the sale of Newbridge to Alcatel (now Alcatel Lucent) for $8 billion.

In his time at Newbridge and Newbury, Mr. Wigglesworth served on over 20 boards, oversaw several public offerings, and was a principal participant in more than 30 acquisitions as both buyer and seller. Mr. Wiggleworth earned his designation as a Chartered Accountant from the Canadian Institute of Chartered Accountants in 1987 and holds a Bachelor of Arts in Economics from the University of Western Ontario.