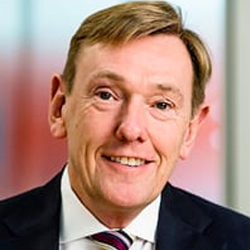 Steve Pusey joined Solace’s board in November 2017. He brings more than 35 years of international business experience across several technology and service provider markets.

From 2006 to 2015, he served as CTO at Vodafone Group, where he was responsible for the company’s technology strategy and led its network, IT and product development operations. Mr. Pusey served on the Vodafone board from 2009 to 2015, during which he represented the board within the Verizon Wireless partnership. Prior to joining Vodafone, he held various positions at Nortel Networks Inc. including President in EMEA where he was responsible for all sales, marketing and customer operations within the region, and also spent several years with British Telecom.

Mr. Pusey attended the Advanced Management Program at Harvard Business School and holds certifications from the Office of the National Coordinator for Health Information Technology (ONC) and the Haas Technical Education Center (HTEC) with distinction.