Alison quickly handed it off to Garrick Toubassi, VP of Engineering at G Suite, who opened with this stat:

This was in addition to a few other figures worth noting:

Garrick also mentioned “Confidential Mode,” which gives users greater control of their email, including which emails offer forwarding access, etc. It’s a move that has fans and critics alike (Gennie Gebhart and Cory Doctorow of the Electronic Frontier Foundation address the challenges here).

Garrick also announced Cloud Search, which brings Google’s search expertise to Google Drive (I’m super excited about this as search within cloud-based content storage is notoriously problematic either in how it surfaces results or how it disrupts your working experience). He said an enterprise-ready version of Google Voice is coming to G Suite, and that Drive Enterprise will be available as a standalone offering (Drive, by the way, will surpass 1 billion users by the end of this week).

At Google Cloud Next 2018, Google announced Edge TPU, a purpose-built ASIC designed to run AI at the edge. Credit: Google

He then handed it off to Rajen Sheth, Director of Product Management at Google Cloud Artificial Intelligence, who talked about how AI will become the foundation of computing in the next twenty years, announced BigQuery ML, and then invited Miguel Angel Campo-Rembado from 20th Century Fox to endorse it.

A glimpse into BigQuery ML:

The take-home words of wisdom from Rajen, not verbatim:

“90% of data within an enterprise is unstructured data… it’s important that we bridge the gap between the tens of thousands who know how to develop deep learning models from scratch and the millions of developers who would like to better leverage the power of deep learning.”

Laura Bandura, Research Geophysicist from Chevron, then took the stage to share how Chevron is using Google’s AutoML tool.

Next up was Eyal Manor, Google’s VP of Engineering. Eyal announced Shielded VMs, spoke about Cloud Services Platform and then handed it to Kip Compton (SVP of Cisco) to talk about the importance of Istio. 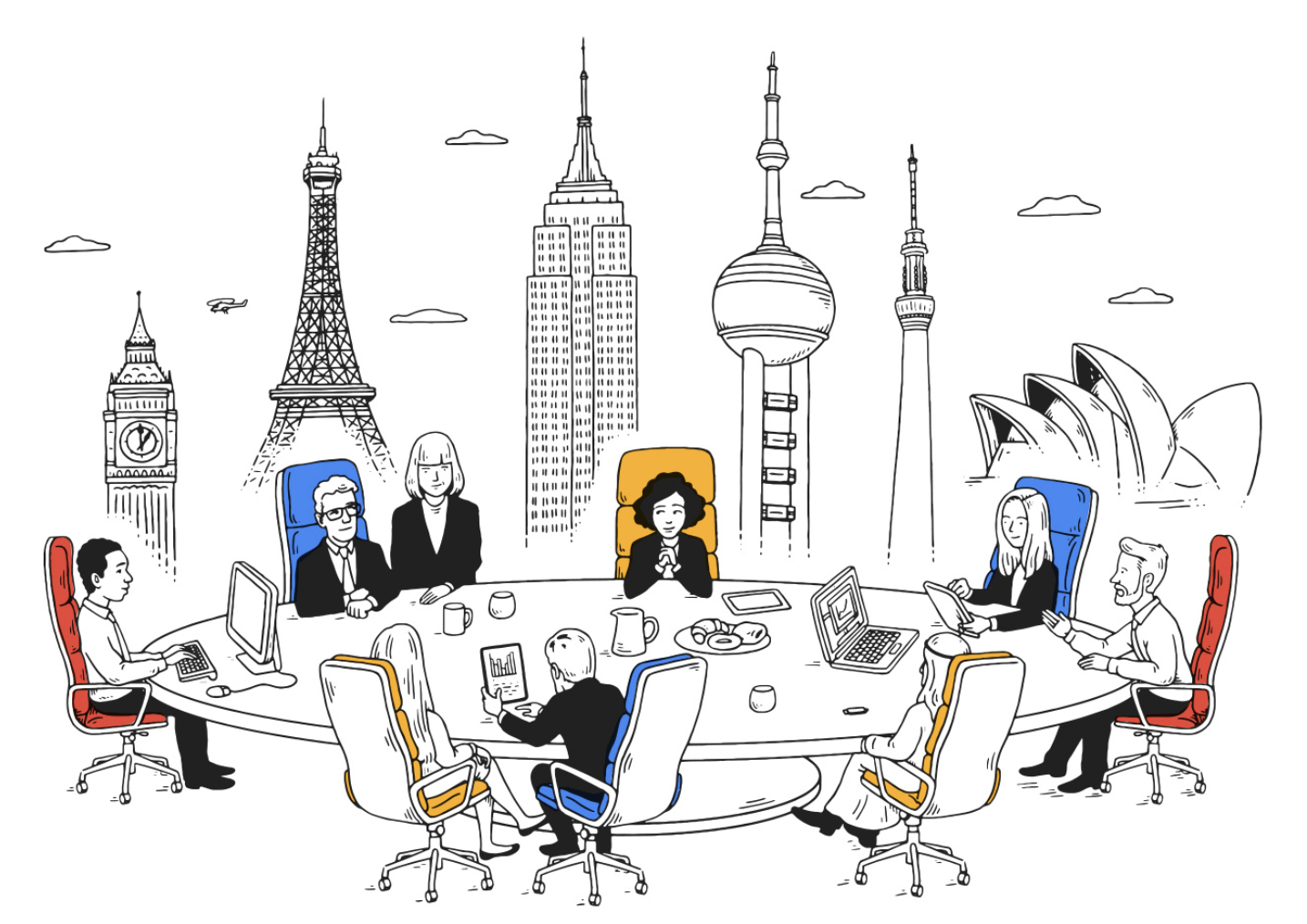 David Thacker, G Suite’s VP of Product Management, and team opened with a mock project demo involving how a global team would collaborate across Slides, Sheets, Chat, Calendar (without needing to create a new tab or search which rooms were available to book), then a Hangouts Meet call, etc.

For those who have used other suites of productivity tools out there, it’s clear that Google has doubled down on improvements here and is in some ways years ahead of their competitors. 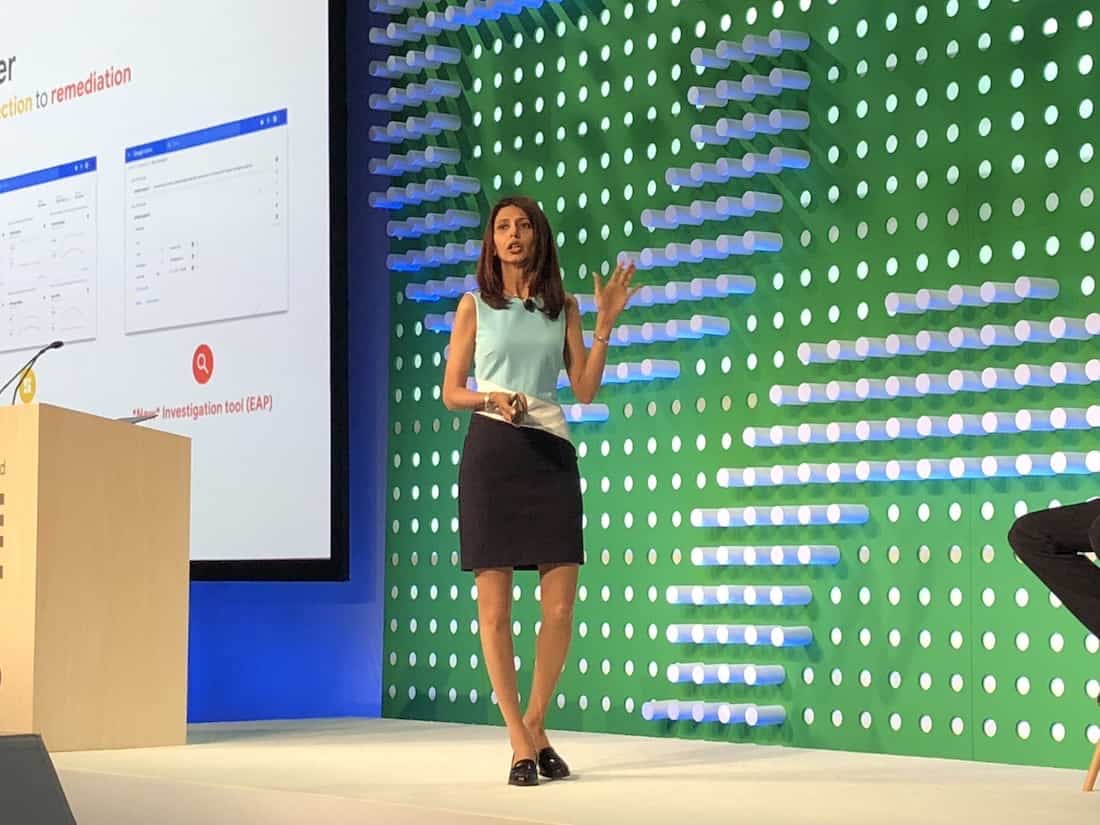 Reena Nadkarni (above), Head of Product Management at G Suite, broke down the myriad ways they bake security into every aspect of G Suite before handing it off to Mike Crowe (below), CIO at Colgate-Palmolive Company. Mike gave the most riveting customer testimonial of the event so far.

“In 2015 we had reached an inflection point regarding our ability to collaborate at work. We were on a legacy, on-premise set of collaboration tools.”

So he partnered with SADA Systems to begin to deploy G Suite globally. They first deployed G Suite to 1,000 trained teammates, then expanded to 4,000 early adopters who then volunteered to help as they rolled it out to all 24,000 colleagues over a single weekend. 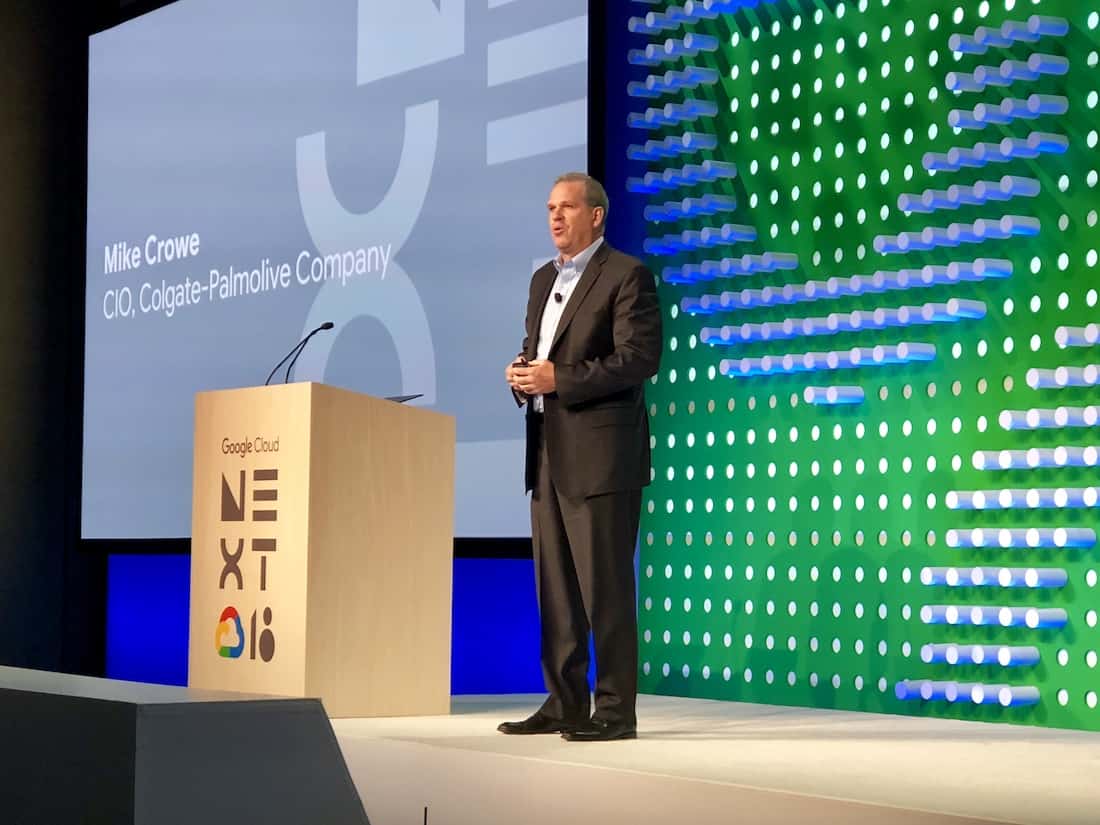 Ryan Seit, Director of IT at Casper Sleep, then concluded the customer portion in what was a perfect juxtaposition between an established company such as Colgate-Palmolive and a high-growth startup (Casper’s total revenue has grown to 400 million within four years).

They discussed a range of issues, from philanthropy in the tech sector and how Google, Amazon, Alibaba, and Tencent are leading the rise of custom chips to the importance of the computer science industry to work together with academia.

Session: Migrating to Apigee: How Starbucks Migrated to Apigee With Zero Down Time 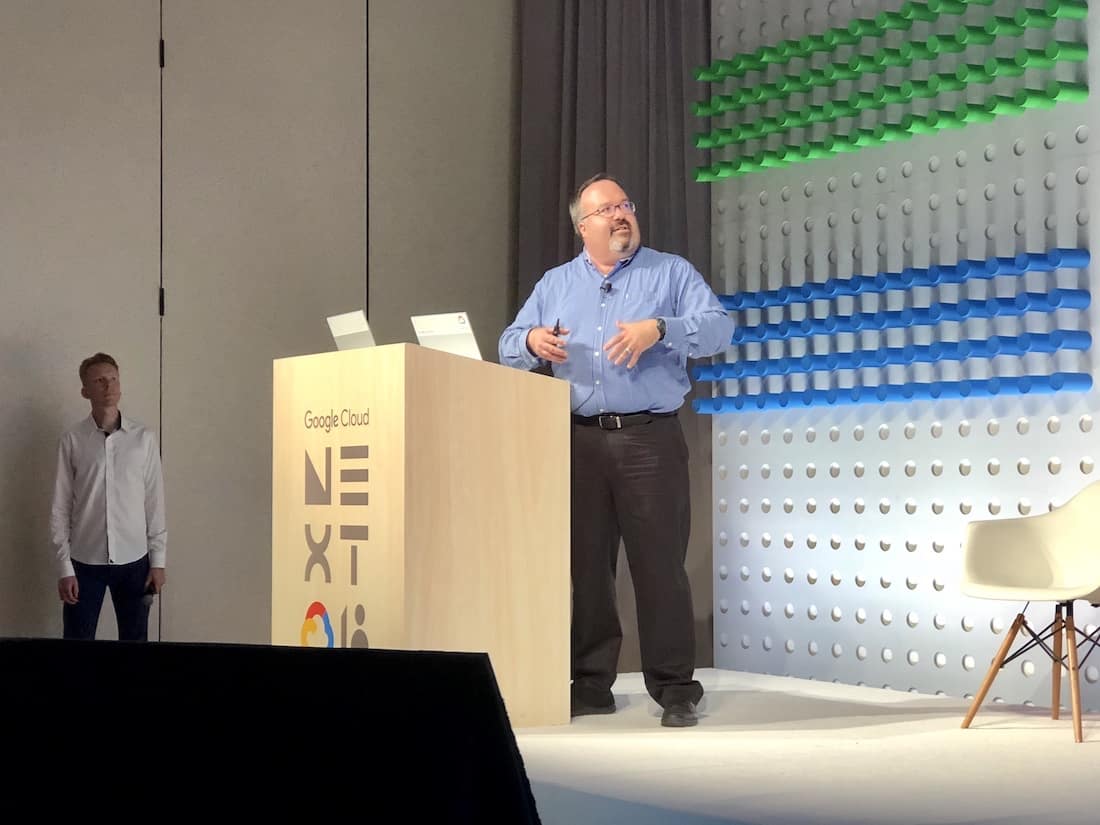 Gregory Kuelgen (left), Principal Architect at Google Cloud Platform, and Todd Beets, Enterprise Architect at Starbucks paired up to deliver a brilliant presentation that covered both the technicalities and project management philosophy behind Starbucks’ move to Apigee.

With over 12% of all U.S. orders coming through the Starbucks mobile app, even a slight hiccup could disrupt the customer experience for millions.

Gregory focused on how dialing the proxies was the most stressful part for him in this process because this is where you start moving 5, 10, 15% of actual traffic. His team at Google set up a war room where they had testers, devops, etc.

“Any glimpse of trouble… we assumed it was us and rolled back so we could figure out what happened.”

Todd’s team at Starbucks, on the other hand, was most nervous about the next phase: generating tokens. At this point, they decided they were not going to allow any additional rollbacks because the risk to rollback was greater than the risk to fix while moving forward.

Both teams assembled canary groups to switch the flip, trying every which way to cause an issue. This tested Apigee’s ability to scale in a way it hadn’t experienced before; it encountered minor issues but otherwise pulled through.

An audience member asked the question:

“How did you get leadership buy-in to make this move to Apigee?”

For Todd’s team, it was a matter of explaining the business impact of the two previous outages they’d suffered and projecting into the future the type of customer experience they would need to create to stay competitive. “Ultimately, we felt like we had a long-term partner in Google,” Todd said.

Here are a few more of the many announcements that happened yesterday:

We hope to see a few of you at Solace booth W3118 today! Here’s who you’ll be able to meet up with:

Can’t attend or meet up, but want to stay in the know? Watch 10 hours of footage from Day 2 of Google Cloud Next 2018 here: 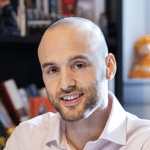