In the first post of this series I introduced the structure of Solace messages, and in part two I talked about how application header and user-defined properties can be used to decorate messages to aid processing the message data. Now it’s time to talk about how the data itself is structured – how to put the payload in the message.

Don’t I Just Add the Data?

At first glance this question seems trivial: don’t I just put the data in the message? That’s the point of a data agnostic messaging system, surely? Well, yes… and no. I hope you weren’t expecting a different answer!

Solace PubSub+ Event Brokers will transport whatever data you choose to put in your message (provided it fits within the maximum message sizes, 64MB for direct and 30MB for guaranteed). But there are other considerations:

There are plenty of formats you could use to encode data. If you are using a text format, XML gives you the flexibility of a schema and data format, at the expense of considerable verbosity and requiring XML en/de-coding. JSON is native to Javascript and easily written to and read from other languages, but again it is a text format – easy for humans to read but relatively inefficient in terms of message size and processing requirements. Gzip compression can address the message size issues, but the processing requirements still remain. I provide more details on using text formatted messages in the post What a Load of JSON: XML and other Text Data in The Solace APIs.

You could, of course, just create a binary blob – in java, write a byte buffer to a message. This has the advantage of high speed read/write and very little overhead – so it’s the choice for performance (e.g. if you’re looking for low latency, this would probably be the fastest as the messages will be small and quickly written and read). However, there’s a dependency between your message format and the messaging code which makes this option difficult to manage and maintain: changing the message format cannot be managed or versioned separately to your code. If you have a heterogeneous computing environment you’ll have to be careful to make sure your binary representation is read correctly on different machine architectures.

If you need to use an external data format you’ll also have this problem – if the format changes, you’ll have to change your code even if you don’t want to use the what’s been changed.

Solace APIs offer Structured Data Types (SDTs). We’ve covered the basics of SDTs in the previous post where we added SDTs to a user-defined header property. However, the payload data can also be structured, which takes care of any architectural differences for you, and provides a way to structure the data which may save you time. I explain that in a post where I talk about 3rd party data serialization systems.

Suppose your diverse requirements mean you need to use several different payload encoding options. How do you ensure that, for instance, a text encoded payload doesn’t break an application that’s expecting a binary blob?

There are two ways Solace helps you here:

It may be necessary to mix encoding styles within the same topic space, which makes option 2 difficult to implement. If you can implement both you will have extra security – it will be more difficult to publish the wrong message data encoding and break consumers.

In the previous posts we’ve glossed over the fact that the Solace API can provide different message types, so it is time to consider them. Message types vary across protocols and API languages, but there are 4 basic Solace message types:

Message Types in the APIs

The Java and JavaScript APIs provide different message types for use by the developer: BytesMessage (Binary), MapMessage, StreamMessage and TextMessage. JMS supports these with an additional ObjectMessage for serializable objects.

Sending a message of a particular type is fairly simple: we simply create a message of the correct type and send it:

On the reception side, though, we have to be more careful. It’s tempting to assume all incoming messages will be a specific type, but of course that’s not suitable for production code. At the very least we need to behave gracefully in the case we get an unexpected message:

Of course it’s possible you are expecting messages of different types and need to handle each type.

A quick word on instanceof():  It is generally considered bad practice to use instanceof, as polymorphism is a preferred way to act upon objects of different types. However, in this case, the type of the message fundamentally changes how we deal with its contents.

Providing Hints to the Receiver

As I mentioned in the previous post, User Defined Header Fields provide a way to prompt the receiver about the contents of a message without forcing the receiver to examine the entire message contents. Let’s take an example. Imagine we have a sensor network of thousands of sensors periodically sending readings. There are different sensors types, which are sending binary readings on different topics. To allow for different versions of the same sensor type, we have a topic hierarchy level for the version number:

However, sensors go wrong. We’ll probably have a separate topic for error messages:

The sensors send the error as a string, so we’ll need a TextMessage, but at the same it would be helpful to log the error in our readings database. Here’s what this might look like on the sender side:

On the receive side, I can use this hint to deal with the readings with errors:

There are four main Solace message types: Binary, Text, Map and Stream. If performance is your only concern, you’ll probably use Binary. If you’re concerned about data traversing heterogeneous networks, map and stream messages abstract this complexity away. However, the lack of references in SDTs mean more complex data will probably need to be in either native format or in a data serialization package such as Google Protocol Buffers. Payload data formats should be separated in the topic hierarchy. Sometimes it isn’t possible to have only one message type in a topic, in which case message decoration using User Defined Header Properties can be very helpful.

To learn more about text data in the Solace APIs, check out this new post about XML/JSON and Solace. 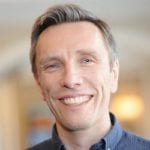 Inside a Solace Message, Part 1: An Introduction

It’s a fairly obvious statement that a message contains a header and a payload, the
Learn more

A common way of overcoming limitations in application performance is to parallelize computation. When the
Learn more

What a Load of JSON: XML and other Text Data in The Solace APIs

How many ways do you know how to create and configure queues in Solace, and
Learn more