Having been previously involved in several large scale video and audio streaming implementations, my reaction, when a colleague first suggested to add an extra messaging layer for video streaming, I was nothing short of bewildered.  That was, to be precise, 3 years ago.  But is it such an outrageous idea?  Given the way live streams are distributed today, in particular with the juxtaposition of user generated social live video and the proliferation of smartphones, we are literally riding on the parabolic rise of live video streaming traffic. And, it’s time to step back and view live streaming delivery from a different perspective.

One only needs to look at Facebook’s recent aggressive expansion into live video streaming with the launch of Facebook Live to appreciate the phenomenal pace at which the live streaming landscape is evolving. It goes without saying that the expectation of the era post 2015 is that the live video streaming system must be able to simultaneously stream to hundreds of thousands of viewers, if not millions, and it must also have global reachability.  This is a mammoth task but is an area where, as I will highlight throughout this bog, Solace can uniquely add value. 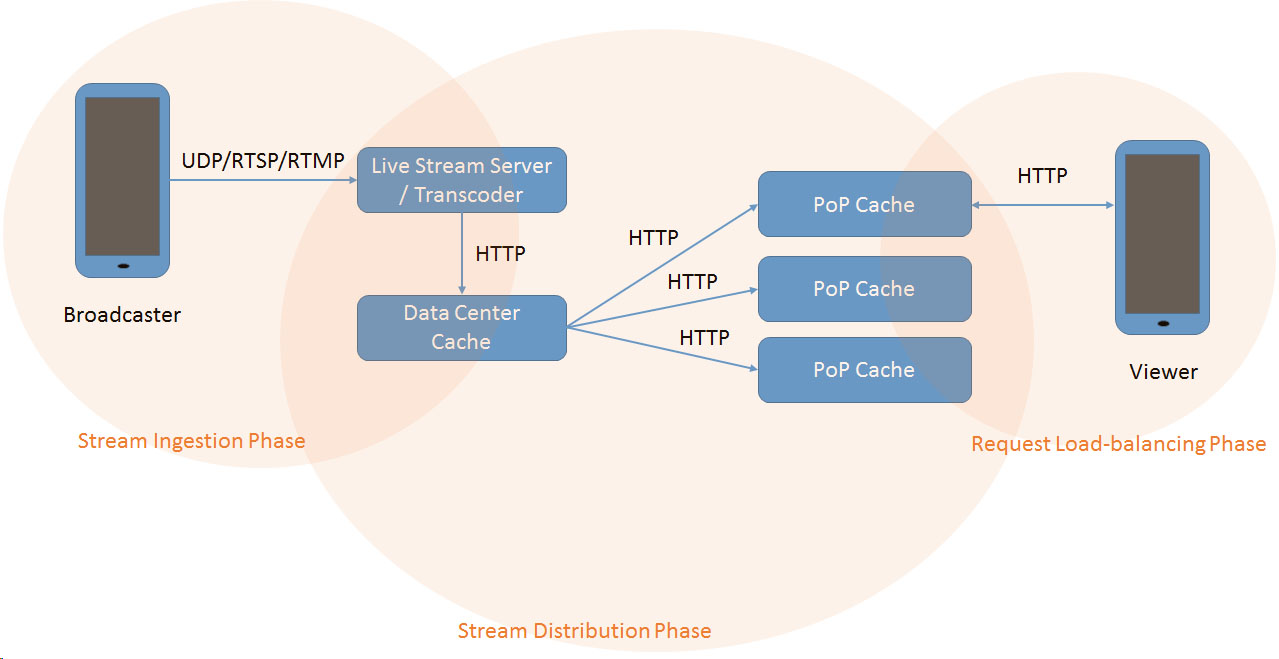 Let’s first look at how live video streaming is delivered from broadcasters to viewers in general:

Apart from accepting the live stream from the broadcaster, during the Stream Ingestion Phase, another key functionality of the live stream server is to perform the transcoding of the raw live video stream.  As the viewing devices have different display capabilities, transcoding of the raw video stream is a necessary evil.  Usually, stream server simultaneously transcode the raw content into multiple video format (h.264, mpeg2 etc.) of varying bitrate (100Kbps, 500kbps etc.) and sizes (320×640, HD, HD+ etc.).  The processing required is extremely intensive and the sheer permutation of video sizes and associated qualities can be quite large.

In the Stream Distribution Phase, the stream operator also needs to trade-off between what stream quality, format to which geographical area to push the transcoded stream to, and the cost of such operation.  Yet, at the same time, it must maintain the best possible viewing experience.  As the number of live video stream broadcasters increase, the burden on the distribution and storage of live video stream caches increase exponentially.  This is a non-trivial predictive optimization problem.  And, to complicate the matter, there is also the problem of removing the live stream caches which are no longer relevant and stale.

Finally, in the Request Load-balancing Phase, how to guard against the PoP cache and the data center caches from the thundering herd problem?  How to facilitate global load balancing if any PoP cache is overloaded? 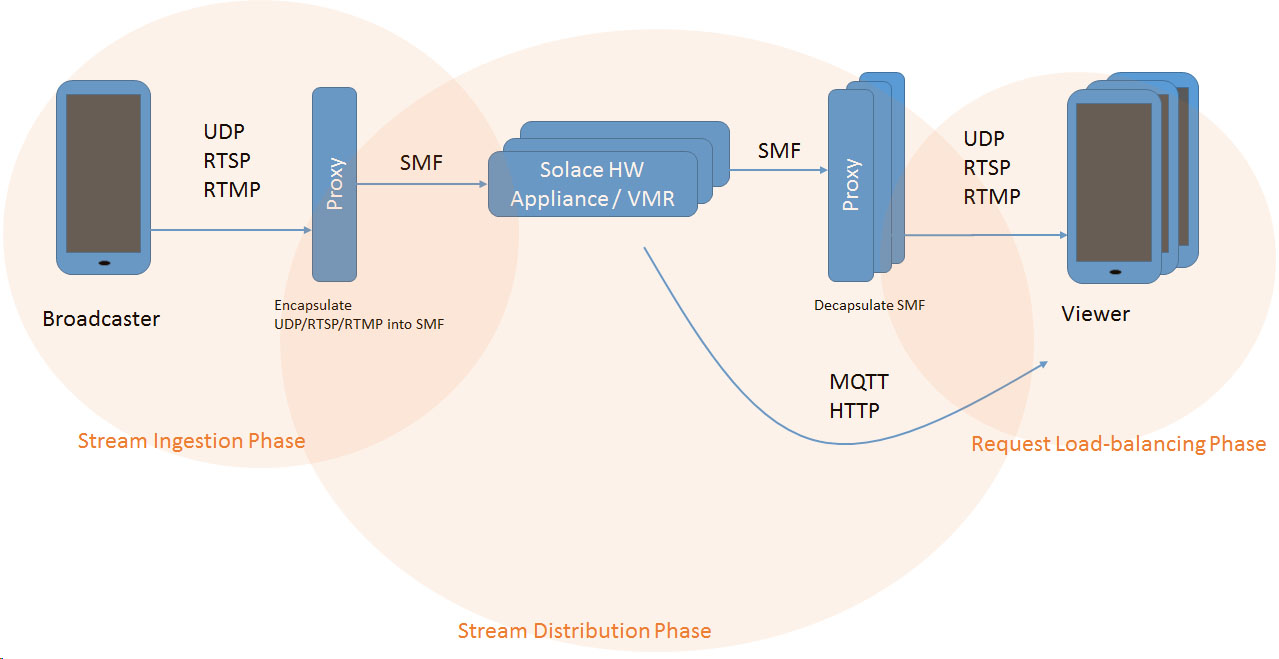 Let’s look at how Solace would fit into the above live streaming architectural context and begin with one example of how live video streams can be delivered from broadcasters to viewers:

Since Solace move data base on topics, a Broadcaster can ingest its live video stream to a topic, e.g. channel/id_1, and any stream viewer subscribes to topic channel/id_1 will receive the live stream.

Let’s move the discussion on to the distribution phase.  One unique feature of Solace is the ability to mesh multiple Solace Messaging Routers together, through Solace bridging or Solace multi-node routing, out of the box. Then subscriptions between regions will be synchronized automatically therefore behaving as one “super-sized” Solace messaging system.  As such, a live video stream ingested in one geographical region will be automatically distributed to any other region on-demand as long as there is a corresponding subscription with the same topic in that region. Likewise, if there are no topic subscriptions corresponding to any live ingested video feeds, then streams are not routed to that geographical region. Therefore, live streams are distributed on demand and the distribution burden across the wide area network can be substantially lowered due to the automatic dynamic management of topic subscriptions by Solace.

How about live stream viewing request load balancing?  One useful application of the Solace Messaging Router is to leverage its message processing capability and use it as a request “shock absorber”. For example, a queue can be setup to subscribe to all incoming live video streaming viewing requests.  Viewers request streams by sending it to a topic (as discussed earlier) that the queue is subscribing to.  Multiple request filler can then process requests off this queue and respond to requests by routing the viewers to the most suitable Solace Messaging Router to connect to, taking into consideration the stream load spread by region geographically.  Since all requests are funneled centrally to the queue, this allows load balancing to be calculated effectively. And, as the viewing demand raises, the way to increase the streaming capability is to dynamically deploy more Solace VMR (now referred to as PubSub+) on demand, for instance on Amazon AWS, or to deploy PubSub+ Cache, Solace’s proprietary caching technology.

In the next blog, we will take a look at a sample implementation of live video streaming over Solace. 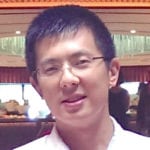 Robert joined Solace in 2013 and has guided the growth of Solace’s technical expertise in APJ and helped establish Solace’s support organization in Singapore to a team of five.  Today, he works in the professional services team imparting his architectural and operational expertise in deploying Solace’s products and services to customers. Prior to Solace, Robert was actively involved in early stage startup in Singapore both as founding member of companies as well as helping others securing seed funding. Robert started his career as a researcher in the mobile and wireless communication domain and had since worked extensively across Europe, UK, USA, Australia, Singapore, and holds several patents in computer networking.