Cars aren’t the only things being “driven” in this new age of the connected car — a staggering array of sensors and control systems, roadside devices and third-party services are driving a deluge of real-time information to, from, between and within vehicles as they travel modern roadways.

In the Internet of Things, data creates the opportunity for value. And as complexity grows, so does the potential value of the data you collect. Combine IoT with the complexity of today’s vehicles and you have the potential for staggering value in terms of convenience, efficiency safety.

Consider some basic statistics. On average, a connected car will send 25 gigabytes of data to the cloud during an hour of operation. That’s about 6.9 terabytes a year. Just to be complete, Google’s self-driving car gathers about 750 megabytes of sensor data a second, which doesn’t include the car systems themselves. In any case, we’re talking about a lot of data moving around.

In an article,  5G AND THE CONNECTED CAR (registration required), Volker Held of Nokia says “You need to be able to transmit a lot of data with multiple connections and this has to be done in real time. The network app sitting on top of that needs to orchestrate all the vehicles on the road.” 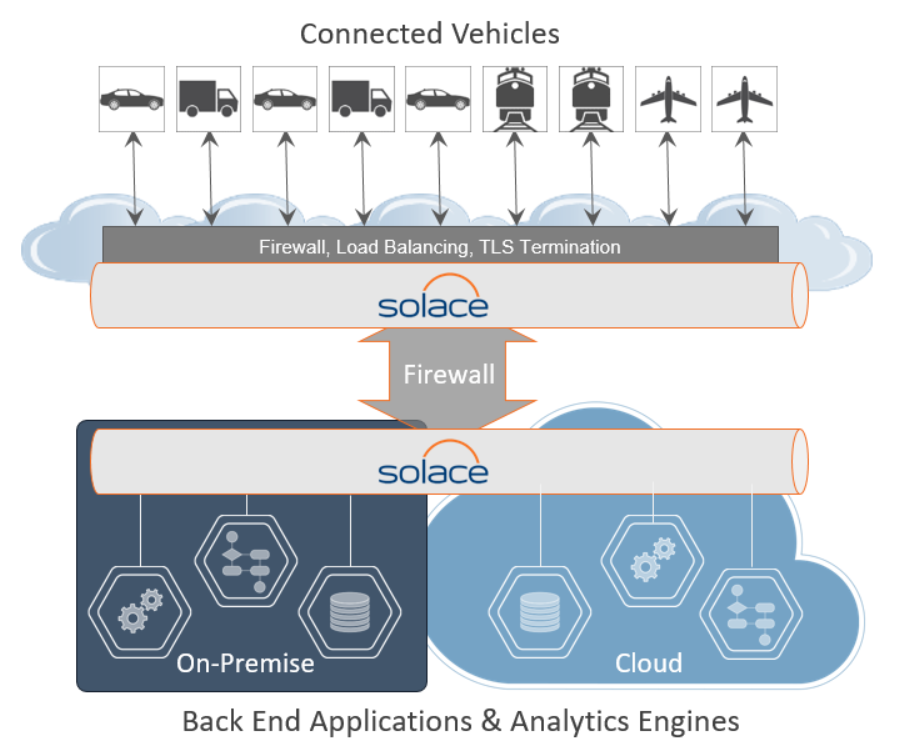 While Held is talking about the transport layer, e.g. 5G, the issue also applies to the event-driven movement of the data. That data, be it usage-based, predictive prognostics, location-based, or large scale transportation information, needs to get to the right place at the right time, in order. That efficient collection and distribution of real-time data is the foundation of our connected vehicle initiative.

As with the aforementioned article, one thing often overlooked is that simple connectivity does not equal wire protocol transfer. The format of data is equally important, and crucial to the delivery and consumption of that data.

In a survey from the Eclipse Foundation, developers report that the top three messaging standards for IoT are HTTP (60.1%), MQTT (54.77%) and CoAP (26.7%). In a connected car scenario where response times could be measured in milliseconds, it’s clear that using REST would not be an optimum choice since it’s a blocking protocol (although non-blocking or reactive REST services are available) which puts crucial data at risk in virtually every scenario .

The common IoT protocols — MQTT, MQTT-SN and CoAP — are not typically used for analytics engines or back-office applications. It’s much more common to use JMS or AMQP to move data for responsiveness. Solace, as the leader in open data movement, supports all of those protocols so you can use the right one for each publisher and consumer of data, with us in the middle automatically converting everything in real-time.

There are many other criteria in the connected car world, such as issues with scale, picking the right message exchange pattern, guaranteeing transmission or ensuring security. With the ever-increasing deluge of data and the challenges of design complexity, Solace invites you to dive deeper into the needs of the connected car world.