Solace’s data movement technology has been selected as a key infrastructure component of a Next-Generation Electronic Road Pricing (ERP) system being built for Singapore Land Transport Authority by a consortium of NCS and Mitsubishi Heavy Industries Engine System Asia (MHIES-A).

As part of Singapore’s Next Generation ERP system, all vehicles will be equipped with an on-board device that leverages GPS to transmit real-time position, speed and more. Real-time alerts will notify drivers about congestion and suggest alternate routes.

On October 13, 2016, Sumeet Puri presented on Singapore’s smart city initiatives from his perspective as both a resident of Singapore, and an architect of some of the smart city services. Over 200 people came out to hear Sumeet’s insights and based on the conversation afterwards, it was very well received. Here are links to watch a recorded version, or see Sumeet’s slides.

We’re pleased to be working closely with NCS and MHIES-A to deliver the next-generation Electronic Road Pricing system, and look forward to expanding the scope and value of their efforts.” 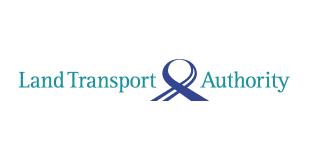 Explore Other Customers Get in Touch