March was a big month for releases with Solace. Not only is there big API news for developers, but the release of PubSub+ Broker version 9.13.1 brought along some great features to make administrators lives easier when setting up connections to external services.

Sign up to Solace Academy to get access to our Monthly Feature Highlight Training and read on to learn about the features you’ll be learning to implement in the April training.

The developer landscape is vast, with new technology being used every day. At Solace we’re constantly evaluating what languages our customers are using and it became apparent to that a Go API was needed.

Go is a compiled programming language built by Google that was originally developed in 2007 and announced in 2009, with version 1 being released in 2012. But why was another language created? When Go was first thought up, there were a multitude of different languages in use at Google, each with their own advantages and drawbacks. The designers wanted to develop a language that addressed the issues of existing languages, while keeping the good features, such as:

Why develop a Go API for Solace?

PubSub+ Platform is built with well-developed and widely used technologies and standards. This allows Solace to be used by virtually any language developed. While these technologies and standards are widely used, that doesn’t necessarily make them easy to develop with. For example, Websocket is a widely used technology for communication, but there are many components that need to be developed, like authentication, message format and structure, error handling, etc.

More and more of our customers are using Go for their development environment, and while using Solace with Go has always been technically possible, there was a lot of development work that would need to be done. There have been some individual efforts made but some amazing developers in our community, but one of the things our customers have been looking for is a solution supported by Solace. With all of this in mind, the new Solace Go API was born!

What will I learn in training?

In the April 2022 Monthly Feature Highlight training you will learn how to set up the sample project for the new Go API and we will give an overview of some of the code that is run with the sample.

Solace PubSub+ Broker version 9.11 was an important milestone for supporting cloud storage like Azure Data Lake Gen 2 and Google Cloud Storage. Certain HTTP headers were needed in order to properly send data to these services with REST Delivery Points (RDP) and with with custom HTTP headers implemented in v9.11 customers can finally accomplish this.

The release of Solace PubSub+ Broker version 9.13.1 was another leap forward in helping customers connect to both Azure Data Lake Gen 2 and Google Cloud Storage. Now instead of having to set up these headers and other values manually, a click-to-create solution is available in the Connectors tab, making RDP setup for these services fast and easy.

Solace PubSub+ Broker version 9.11 made connecting to Google Cloud Storage and Azure Data Lake Gen 2 possible by implementing custom HTTP headers and variable targets in REST Delivery Points (RDP). With these features customers now had everything they needed to pass the correct information to these services and get their data stored.

Unfortunately this still required quite a bit of setup. Customers needed to:

Solace PubSub+ version 9.13.1 now has new step by step processes for creating and RDP for both Azure Data Lake Storage Gen2 and Google Cloud Storage. Now, instead of a customer having to know what headers to set and what values to enter in them and having to set up all the information needed for an RDP, they can simply go into the Connectors tab in the Broker Manager and walk through the simple 5 step process to have all the RDP information set up by the Broker itself.

What will I learn in training?

In the April 2022 Monthly Feature Highlight training you will learn how to use the new connector process for creating an RDP connection to a Storage Bucket in Google Cloud Storage. 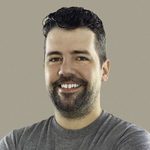 As the Customer Training Manager at Solace, Rey is responsible for the Solace Academy product training for clients and partners. With over a decade of experience as both a software developer and developer advocate, Rey knows exactly what it takes to educate clients, users, and developers on how to use Solace products to succeed. In addition to creating courses at Solace, Rey is also an organizer of Ottawa Javascript, Random Hacks of Kindness and the ForwardJS conference.

He has a degree in Computer Science from Heritage College and spends his spare time gaming with his wife and kids, coding and watching movies and TV shows.

At Solace, our R&D team is ambitious and hard working. As such, sometimes there can
Learn more

We had a couple of really great features come out in Solace PubSub+ Broker v9.11
Learn more

February was a great month for Solace. With the release of Solace PubSub+ Version 9.13
Learn more

Introducing a Mesh Management Course on the Solace Academy

An event mesh is an extremely powerful part of the Solace ecosystem. It provides seamless
Learn more

The end of April brought with it Solace PubSub+ Event Broker version 10, the latest
Learn more

Monitoring is an important part of making sure you have a healthy event driven architecture.
Learn more

This monthly feature highlight is coming off the heels of the Solace PubSub+ 10.0.1 release,
Learn more

This month's training focuses on two new features in PubSub+ 10.1 that both improve upon
Learn more

September 2022 brought with it the release of Solace PubSub+ Broker 10.1.1. Even though this
Learn more