Below is a summary table which compares various aspects of PubSub+ and Apache Kafka. The next section provides further detail and explanation.

A good overview of the Apache Kafka architecture can be found here. Below is a summary. 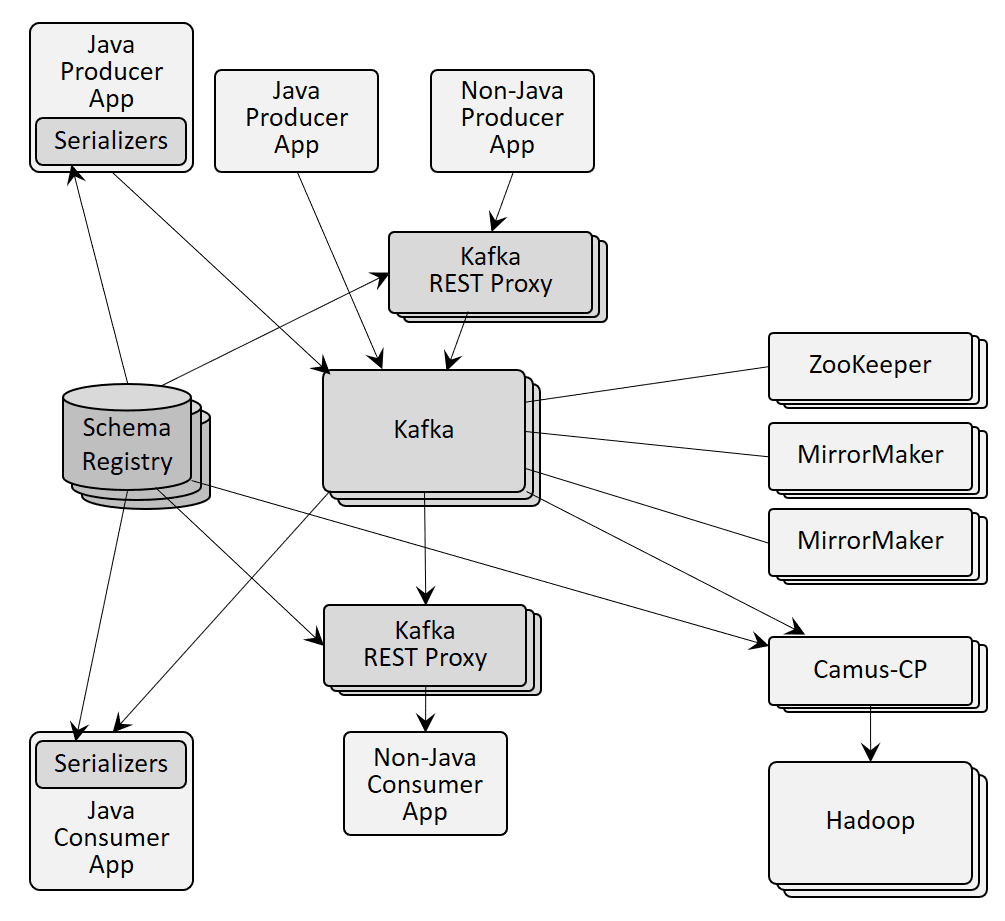 Drilling into applications accessing the cluster of Apache Kafka brokers looks like this: 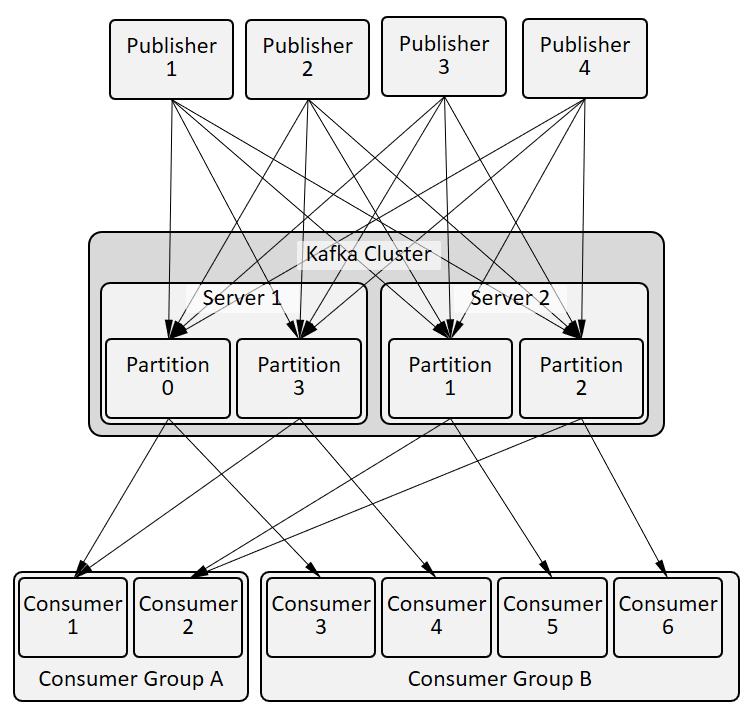 Each topic partition (P0..P3 above) is a directory of files containing the messages for that particular topic+partition. Partitions can be distributed among Apache Kafka brokers in the cluster. More topics or partitions means more directories. The system is very much a “distributed commit log” architecture:

This means publishers connect via a Apache Kafka API to all brokers hosting the topics that the publisher is publishing to which they discover via Zookeeper. On each message publish, the publishing application provides the topic, key and payload. The key is hashed to a partition within the topic and the message is sent to the broker hosting that topic + partition. A key can be, for example, a customer ID or orderID to provide partitioning but not filtering.

Consumers discover which broker is leader for which partitions and connect to the brokers for the topics/partitions they are interested in and basically “tail” the file for the topic/partition sets they want to subscribe to. Multiple instances of an application (for horizontal scaling) are grouped into a Consumer Group and different instances consume from different partitions – more on this in Message Routing, Filtering, Ordering.

Solace PubSub+ was designed from the very beginning with three guiding principles to satisfy the many data movement needs of applications:

Our customers can choose from traditional software that’s deployable into many clouds and containers, unique hardware appliances, and a fully managed service called Solace PubSub+ Cloud.

Hardware appliances are deployed in pairs for high availability and scale either by adding more appliances, which is rarely required due to their performance, or by upgrading to faster cards within the same appliance.

PubSub+ message brokers are multi-threaded and implemented in C for efficiency and real-time control. PubSub+ message brokers are deployed in 3s for quorum consensus and scale vertically by adding more cores to an instance or horizontally in groups of three. Unlike Apache Kafka, we intentionally separate the concepts of high availability and horizontal scaling in order to provide a more predictable, easy to engineer system.

All functions such as multiple protocol support, inter-cluster communication, replication for disaster recovery, configuration replication, leader election are implemented as components in the PubSub+ message broker – not as separate runtimes.

Consumers connect to a PubSub+ message broker with whatever API or protocol they like, subscribe to the topics they want to receive (including wildcard subscriptions) and the published messages are queued to the consumer (with either persistent or non-persistent QoS), converted from the publisher’s transport and delivered to the consumer by the PubSub+ message broker. On a per client basis, TLS or compression can be used. Publishers and consumers can connect to different message routers and messages flow from publisher message router to subscriber message router based on the subscriber’s interest.

Solace’s integrated architecture uses fewer runtime components and provides message delivery state management in the message router whereas the Apache Kafka architecture is the opposite. The result is PubSub+ is easier to deploy, enables lighter weight clients (with heavier broker), superior DevOps visibility, and more messaging functionality than Apache Kafka.